This list is thanks to the book Hidden History by Tony Kroeger, with a small amount of Googling on our part.
There is a lot to learn about Anthony Wayne, and not all information can be put into one post. We highly recommend learning more about Anthony Wayne’s life.

Anthony Wayne was born January 1, 1745 in a log cabin in Chester County, Pennsylvania. Although his father wanted him to be a farmer, Anthony was charmed by his father’s stories of his time in the French and Indian War, and dreamed of being in the military. Anthony was educated as a surveyor and worked for Benjamin Franklin surveying land on Nova Scotia for a year. Anthony married Mary Penrose in 1766 and together they had two children, Margretta and Isaac. Wayne was a well-known philanderer, causing estrangement with his wife.

END_OF_DOCUMENT_TOKEN_TO_BE_REPLACED

When Sara realized that she had lived here her entire life, and didn’t know who Dayton was named after, she had the idea for Dayton Unknown. Yet it never occurred to us that we didn’t know who Montgomery County is named after until Bethany was at a stoplight one day and read the fun fact printed on the RTA bus next to her. 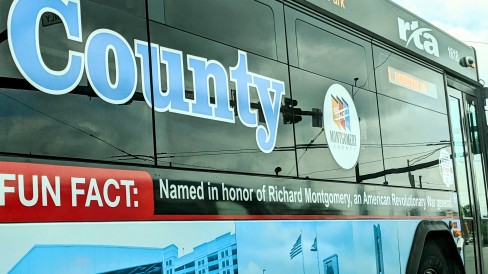 END_OF_DOCUMENT_TOKEN_TO_BE_REPLACED

CEO and President of Marion’s Pizza Roger Glass passed away on August 24th. Roger’s father, Marion Glass, was the founder of Marion’s Piazza in 1965. Roger took over in 2006 when his father died. Roger wasn’t just known for his business, he was also a community leader and donated to many charities and causes.

Roger was well known in the community as a philanthropist. Most recently, Roger donated money to University of Dayton, his alma mater. His donations helped fund the future Roger Glass Center for the Arts and his donations to Chaminade Julienne funded Roger Glass Sports Stadium.

Roger split his time between Oakwood and Lauderdale-by-the-sea, Florida. In both areas, Roger was an active member of the community and philanthropist. He served on various boards, both charitable and professional. He was an avid fan of local sports, including the UD Flyers and Dayton Dragons.

Roger has been interred in Calvary Cemetery alongside his parents. He will be remembered and missed as a generous friend and a kind human being.

Perhaps you’ve seen the blue street signs above the regular street signs with names on them. Did you recognize the names? Did you wonder who they were or what they did? Here’s a list of many from around the Dayton area.

This list is thanks to the book Hidden History by Tony Kroeger, with a small amount of Googling on our part.

There is so much known about Dayton’s own flying brothers, but did you know:
On Kemp Road, about a quarter mile from North Fairfield Road in Beavercreek, sits Wartinger Park. The designated historical park is owned by the City of Beavercreek and was named for John Wartinger. Building Codes at the time required that green space be set aside while plotting a development, and about 5 acres were set aside for a park – later 4.3 acres, as Beavercreek Fire Station #3 was built. The park was cared for by the Flower Trail Garden Club from 1976 until 1983, when it was turned over to the City of Beavercreek.

In 1975, Wartinger Park was named for John Wartinger, who served his community in several ways:
END_OF_DOCUMENT_TOKEN_TO_BE_REPLACED

After the Great Flood of 1913, the Miami Conservancy District, led by Colonel Edward Deeds and Arthur Morgan, started the process of building dams to prevent future flooding catastrophes in Dayton. Driving along Route 444, you’ve probably glanced over to see the Huffman Dam. 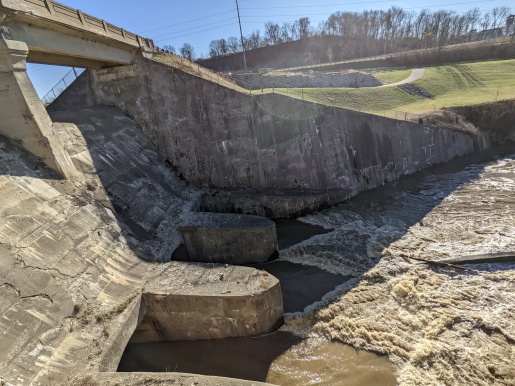 END_OF_DOCUMENT_TOKEN_TO_BE_REPLACED

Born July 27, 1739 in Bavaria, Germany, Johann Jacob Coy, Jr. came to America with his parents and siblings. Unfortunately, both of Jacob’s parents passed away on the voyage over. Jacob’s father had negotiated a labor contract for the cost of the passage, and upon his death, Jacob as the oldest son was now expected to fulfill the contract. The ship’s crew seized all of their belongings and left the Coy children without anything, and upon arrival in Philadelphia in 1757, the siblings were all sold into servitude to work off their debts.
END_OF_DOCUMENT_TOKEN_TO_BE_REPLACED
Benjamin Robbins is one of the founders of Centerville, along with his brothers-in-law, Benjamin Archer, and Aaron Nutt, Sr..

Robbins was born in New Jersey in 1760 and was a surveyor and farmer. He married Bathsheba Nutt (Aaron’s sister) in 1782. Throughout their marriage, they had a total of 12 children: