Matilda Stanley holds records. She holds one record for being the person held in Woodland’s receiving vault the longest, one for being the most loved Gypsy queen recorded, and also the only known gypsy funeral to be presided over by an “outsider”, Reverend David Berger. At an estimated 15-25k people, Matilda’s funeral is also the biggest one to have been seen in Dayton.

Matilda married her husband Levi in Berkshire, England and together with their families, moved to the United States in 1856. They chose Dayton as their summer headquarters, heading south every winter to live in warmer weather, the procession down Main street a spectacle.

Because record keeping was not very stringent, Matilda’s exact date of birth can only be guessed as sometime in 1821. Her date of death is more concrete, confirmed as January 15, 1878. Woodland held her body in the receiving vault until September of that year, in order to give friends and family time to travel from all over the world to attend her funeral. 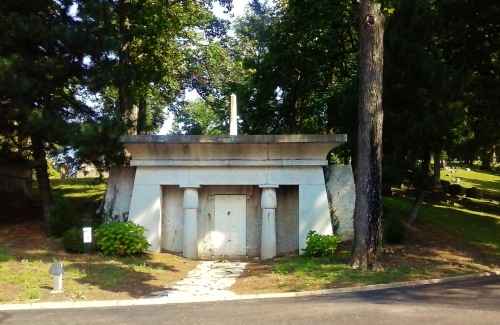 The receiving vault at Woodland.

There is no doubt that no other funeral received the massive turnout that Matilda Stanley did. Her funeral procession was so long that people had to be turned away at the cemetery gates, as there was not enough room in the cemetery for all the traffic. People were pressed together so tightly that Reverend Berger had to stand on a wooden plank over her open grave in order to officiate without being pushed by the crowd. 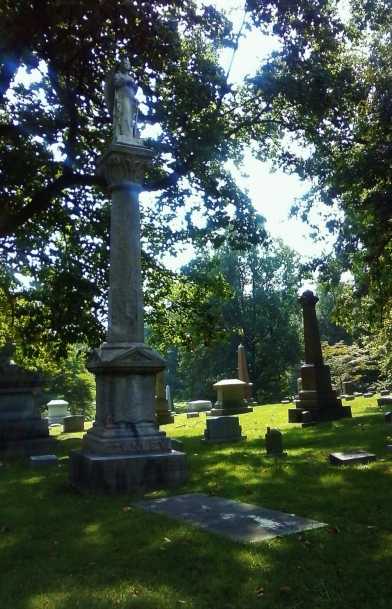 After the funeral ended, and the crowd had cleared, accounts tell of Matilda’s youngest daughters throwing themselves into her grave, prostrate with grief, weeping fiercely as they kissed the marble slab covering her coffin.

One thought on “Woodland Cemetery Series: Matilda Stanley – Queen of the Gypsies”