If you have consumed any beverage from a can, you can thank Ermal “Ernie” Fraze for inventing the pull-top tab used to open it.

Ermal Cleon Fraze was born on September 16, 1913 on a farm near Muncie, Indiana. He delivered newspapers as a child, then attended the General Motors Institute Engineering Program before moving to Dayton and getting a job assembling novelties for Cracker Jack boxes.

Ernie soon got into the manufacturing field as a machine tool operator. In 1949, he opened his own company, Dayton Reliable Tool & Manufacturing Co..

While at a picnic with friends, Ernie got the idea for the pull-top from someone trying to open a can of beer. Since nobody had the required “church key” to open the can, they got creative. After trying several options, they finally succeeded while trying the can against the bumper of a car.

“There has to be a better way, he thought.”

Ernie stayed up that night, working in his basement workshop to make the design. He later used his resources at his company to make the stencils for his idea. His first patent was obtained in 1963. 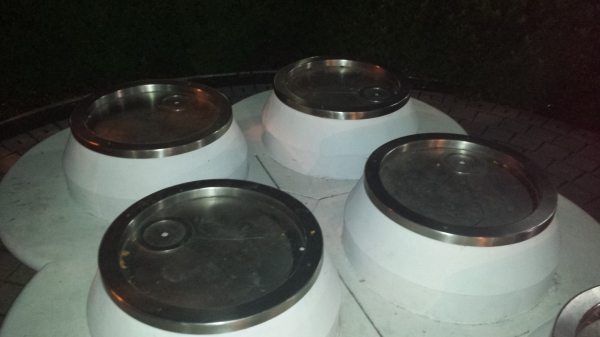 There were issues with the can, however. While it helped immensely to have a “pull-top” attached to each and every can, there was still a hazard involving sharp edges, and lots of litter associated with users simply throwing the extra piece aside after opening. Some users opted to put the tab inside the can, and risked cutting their mouths or swallowing the piece.

Despite these drawbacks, more than seventy-five percent of beer brewers in the US had adopted his “pull-top” design. Hoping to further improve upon his invention, Ernie produced a better model, the “push-in and fold-back tab,” a tab designed to stay attached to the can, and the design still used today.

All of this success and fortune did not go to Ernie’s head, though. 15 years after selling the company, Ernie bought it back, not liking the direction the company was moving, and fearing the new owners would move its location out of the state. He wanted to ensure that all of his Dayton employees would keep their jobs.
He remained humble throughout his successful life, not flashing his fortune with expensive possessions. When he died on October 26, 1989, he and his wife Martha “Marty” still lived in the same Kettering house they bought in 1957.

After his death, Dayton Reliable Tool was bought by its managers. It remains in operation today.