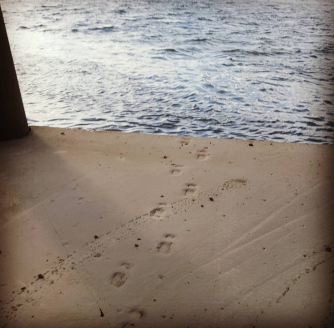 Footprints in the cement at Founder’s Point at Riverscape Metropark to remember the first settlers of Dayton.

”The boat party was the first to arrive. Rounding the curve in the river, where for so many years since then it has been flowing under the Dayton View Bridge, the pioneers perceived before their eyes the swift current of Mad River emptying itself into the main channel, just as it had been described, and saying to each other (so we may imagine), ‘Yes this must be the place,’ they tied the pirogue to a tree at the head of St, Clair Street and led by Mrs. Thompson, all clambered ashore.

At that moment, DAYTON came on the map!” – Charlotte Reeve Conover in The Story of Dayton 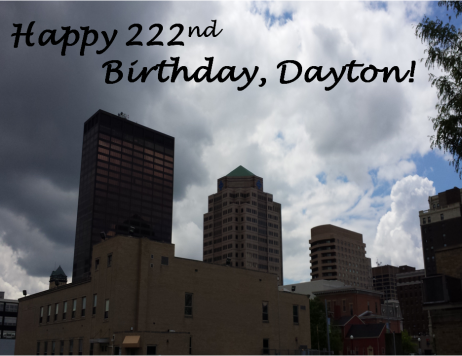 Have you ever been to Russ Nature Preserve in Beavercreek? The Playscape has this giant tube you can get in and roll!
Follow Dayton Unknown on WordPress.com
Join 1,260 other followers