Cox Arboretum is located on Springboro Pike near Moraine and Miamisburg. 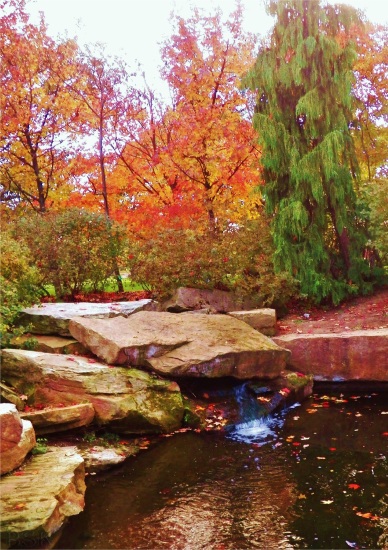 In 1963, the James M. Cox Jr. Arboretum Foundation was born. Just one decade later, the arboretum was turned over to what is present-day Five Rivers MetroParks. In a rather uncommon public-private partnership with Five Rivers MetroParks, both the foundation and park system strive to create what they call a “living museum” for people of all ages in the Dayton area to learn and connect with nature.

Cox is a popular natural park in the Dayton area, receiving more than 500,000 visitors annually (according to the foundation’s website). What was once desolate farmland is now a beautiful arboretum, created and developed by activists who were passionate about preserving Dayton’s undeveloped land.

There are many things to see at Cox Arboretum, such as the Butterfly House, the Tree Tower, and the Bell Children’s Maze. There are hundreds of varieties of plant life, and the scenic view makes the ideal place for a photo shoot, as evident by the dozens of photographers you see during a walk on a warm day.

The Tree Tower opened in the fall of 2012, and stands 46 feet tall, providing a spectacular view of the Arboretum and surrounding areas.

Cox also hosts many educational events for schools, as well as a certification class for home school educators. There are many programs to educate children and adults about nature.

Want to host an event there? Cox has several large halls equipped to host parties, receptions, banquets, and just about any large gathering you can imagine. With just over 189 acres, Cox has plenty to offer. Full details on rental facilities and venues can be found on their website.